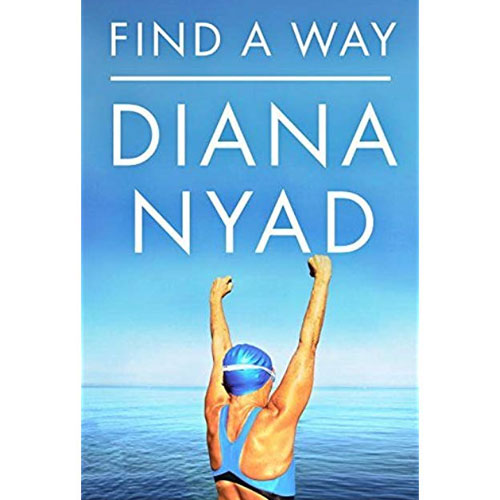 Find A Way by Diana Nyad

Prior to her fifth attempt swimming the treacherous 110-mile journey from Cuba’s shores to Key West, Florida, I had no idea who Diana Nyad was…

However, after spending three weeks immersed in Diana Nyad’s “Find a Way” I feel like I know her as much as some of my closest friends.

I typically read books about business or books about marketing, so Find a Way was a pleasant vacation from my traditional texts. I originally took interest in Diana Nyad during her TED Talk (see below). Watching Diana Nyad’s TED Talk (an entertaining and inspiring fifteen-minute video you won’t regret watching) I saw enough personality, passion, and perseverance to entice me to buy Find a Way.

Her biography, centered around the swim, is an engaging adventure through Diana Nyad’s unique childhood — rife with struggles, challenges, and familial change — into her athletic prime and beyond as she practiced, prepared for, and ultimately conquered the swim.

Listen to the Find a Way audiobook, read by Diana Nyad, as she reads her story, portrays different characters, and even sings some parts of her incredible story.

Diana Nyad defied the odds to find her way and I highly recommend reading and/or listening to her book.

Buy on Amazon / *Buy on Audible